WAAS and WUC conducted a webinar on March 9, 2016 in preparation for the upcoming course on Mind, Thinking and Creativity at IUC Dubrovnik on April 12-15.

Mind is humanity’s highest developed instrument for seeking knowledge. It is an instrument with remarkable capabilities and characteristic limitations. What we commonly call knowledge consists of word symbols and concepts based on implicit social and psychological constructions and values. As photographs and movies are images of reality rather than reality itself, mind perceives sense impressions, formulates thoughts and utilizes images and symbols to represent a reality it cannot directly grasp. Individuals perceive, interpret and comprehend their experiences as reality at both the personal and societal level. In planning and proposing recipes and blueprints for governance and managing change, decision makers and experts often take little notice of the extent to which prevailing concepts are influenced by the particular way in which individuals, communities, societies and cultures construe what they call reality. Social reality rarely conforms to or even approximates the neat categories, distinctions, differences, oppositions and contradictions by which mind characterizes it in social theory.

The insufficiency in our conceptual knowledge of social reality is itself an expression and result of more fundamental limitations in the ways we understand and utilize the human mind and the mental processes on which that knowledge is based. The course on Mind, Thinking and Creativity explored the characteristics of mental knowledge and thought processes, types of thinking, the character of rational thought, the mental and social construction of knowledge, deep thinking, creativity and genius. 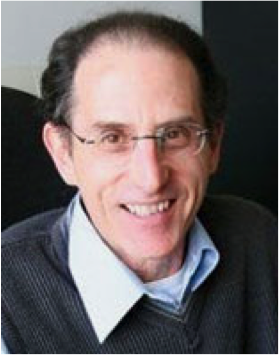 Our guest speaker of the webinar was William Byers, author of Deep Thinking, The Blind Spot and How Mathematicians Think. Byers is a Canadian mathematician who has made important original contributions to our understanding of how the mind thinks, creativity, the process of formulating new conceptual paradigms, limits to rationality, the intrinsic uncertainty of all knowledge, the relative roles of ambiguity, logic and paradox in thinking, and artificial intelligence.

In Deep Thinking, Byers explains that there is more than one way to think. Most people are familiar with the systematic, rule-based thinking that one finds in a mathematical proof or a computer program. But such thinking does not produce breakthroughs in mathematics and science nor is it the kind of thinking that results in significant learning. Deep thinking is a different and more basic way of using the mind. It results in the discontinuous “aha!” experience, which is the essence of creativity. It is at the heart of every paradigm shift or reframing of a problematic situation.

The identification of deep thinking as the default state of the mind has the potential to reframe our current approach to technological change, education, and the nature of mathematics and science. Deep thinking is the essential ingredient in every significant learning experience, which leads to a new way to think about education. It is also essential to the construction of conceptual systems that are at the heart of mathematics and science, and of the technologies that shape the modern world. Deep thinking can be found whenever one conceptual system morphs into another.

“Deep thinking is the result of ambiguity. An ambiguity causing a distress that results in creativity to relieve us and lifts us to a next level of consciousness. It is the essence of a baby learning to speak as well as the essence of evolution over millions or years. It is Byers' conviction that progress and creativity is the result of conflicting situations, ambiguity, and uncertainty, not only in mathematics, but for science in general and it is even the essence of being, the motor of evolution in general.”

“Byers says, scientists need to recognize "uncertainty, incompleteness, and ambiguity, the ungraspable, the blind spot, or the limits to reason." These blind spots are embedded in the scientific method, because the world itself is ambiguous and cannot be seen clearly. Scientists ignore this at their peril. Ancient Greek mathematics, for instance, suffered from a refusal to accept the ambiguous concept of the square root of 2.”

"Is the idea that anything can be determined with absolute certainty an illusion? . . . Byers incorporates many brilliant thinkers and seminal scientific breakthroughs into his discussion, offering the cogent, invigorating argument that only by embracing uncertainty can we truly progress."

"The myth of absolute predictability has polluted our society and led to a lack of flexibility and imagination. Byers takes on the difficult challenge of formulating a better worldview, in effect a new kind of philosophy of science and mathematics that emphasizes creativity and wonder. He sees more deeply than others into the profoundly and richly ambiguous nature of mathematical and scientific concepts."

--Gregory J. Chaitin, author of Thinking about Gödel and Turing

"This is an extremely ambitious book. In addition to science and mathematics, Byers brings to bear insights from literature, philosophy, religion, history, anthropology, medicine, and psychology. The Blind Spot breaks new ground, and represents a major step forward in the philosophy of science. The book is also a page-turner, which is rare for this topic."

"Science deals in certainties, right? Wrong, says Montreal-based mathematician William Byers. . . . He contends that this view is wide of the mark and dangerous, influenced by the human need for everything to be 'certain'."

Deep Thinking: What Mathematics Can Teach Us About the Mind

The Blind Spot: Science and the Crisis of Uncertainty

William Byers: First of all creativity is not so much something that you decide to do consciously in order to become rich or famous or get promoted. On the contrary it is something that the individual is compelled to do pushed along by a motivation that the person may not even be conscious of.  I would say that being creative is an expression of our deepest nature.  So I would turn the question around and ask why it is that not everyone is creative.  This may be because most of us are too comfortable with who we are, what we have, and what we believe uncritically to be the case.  We live in a bubble within which we are quite at home.  Disturbing that comfortable world takes courage because you must be prepared to live with unpleasant tension and cognitive dissonance.  It is disorienting and a kind of suffering.

William Byers:  No, I said that each major technological change brings about a new (technological) conceptual system.  Does it help young people to be more creative?  Remember that I associated creativity with changing CSs.  Having a new CS surely means that you look at things in a way that is different than previous generations do but that does not necessarily make you creative.  In fact people today tend to be the slaves of their technologies and so may not have the time for the concentrated immersion in a problem that is a prerequisite for creativity.

3. Deep thinking – in contrast to analytical thinking, is it more like an experiential and embodied knowledge?  Anthropologists conduct fieldwork to understand culture and human behaviors of the topic of interest from informants’ point of view.  In design field, researchers observe and interview people to find insights into a product/service that they are developing.  In both instances, researchers are trying to obtain the perspectives of the insiders to gain a deeper understanding of the topic/object of research.

William Byers: DT often is generated by an ambiguous situation in which there are two different points of view (c.f. Koestler on Creativity) that conflict with one another.  In the situations you have described there are clearly these two different viewpoints—insiders and researchers— so the problem is not only understanding the other point of view but developing a point of view that includes the culture of the insiders but is expressible in the language and culture of the researcher.  To bridge that gap requires a creative response.

4. IT industry is looking into human’s biological and physiological data using sensors to investigate human conditions and their interactions with the environment. All the data will be converted into numbers, and sent to a digital and analytical system. In that sense, these data may not be able to enhance deep thinking and creativity. To make these inventions (Virtual Reality, auto-driving cars, AI, etc. ) more creative, what is necessary in addition to algorithm, a conceptual system based on rationality?

William Byers:  I think of the inventions you mention as extensions of our society's present conceptual system.  A self-driving car is interesting and new but it is not a very creative idea.  You wouldn't say, "Wow! I've never thought of it that way."  It's easy to imagine a self-driving car.  The problems are technical and complicated but not radical.  We know we can do it and will do it sooner or later.

As I said I think that the title AI is a misnomer.  I don't see how an AI program can be creative when it is necessarily embedded in an analytic paradigm and creativity, real creativity, requires one to step outside of the analytic mind.

Nevertheless there can be creativity within a CS.  Writing a paper in mathematics or science should involve creativity within these Ss.  But even here the research must be based on an original idea.  Where does that idea come from?  Often from finding a new way to look at the situation, i.e. reframing.  Getting a new idea does not come from a logical analysis or by crunching data alone.  It comes from absorbing yourself in the problem for a long period of time and then stepping back from the problem, going for a walk, or taking a nap.  Then the promising idea pops into your head sometimes crystallized by a random event that has no obvious connection to your problem.  This is thinking outside the box.  You can't force it to happen but it does often happen when the mind is ripe and open.