The aim of this project is to develop a coherent, comprehensive and integrated theoretical framework based on the best emerging ideas and practices validating the desirability, urgent necessity and practical feasibility of transition to a new economy capable of promoting high levels of human welfare and well-being in a sustainable manner. Challenging and questioning existing orthodox perspectives in order to reduce their influence on thought and practice is one important objective. Another core objective of the project is to serve as an integrator for the wide range of excellent work that has already been done around the world on new and alternative theoretical perspectives in order to present many diverse, but internally consistent efforts within a comprehensive, coherent and cohesive framework. Integration will also involve efforts to document the combined and cumulative potential impact of new sectoral theory and practices on the overall promotion of sustainable human welfare and well-being. The fourth objective is to identify and encourage new thinking on critically important issues that have not been satisfactorily resolved, such as the value and belief systems underpinning social theory and the interdependencies between social, political and economic forms of power.

The strategy is to bring the debate back to where it belongs (the world we want to live in), to clarify the role and function of economy as a tool and mechanism for humanity to address its needs and aspirations; to project sound theoretical concepts backed by hard facts and present them in a form accessible to a great number of interested and concerned citizens. The theory and delivery mechanisms will provide the know how and the educational mechanisms to place a new understanding of economics squarely into the public debate.

The project methodology includes formulation of a comprehensive course framework, validation of the framework by consultation with a wide range of international experts, convening of working group meetings of experts to examine and expand each major component of the framework into a core syllabus, preparation of course outlines and actual lectures by course developers supervised by expert committees, videotaping of live lectures combined with live interactions with audiences of experts; publication of a comprehensive book based on the lectures; preparation of an online course, including special lectures by renowned economists, TEDx type talks, and other communication tools for distribution to universities, businesses, NGOs and the media. The project will also draw on a wide range of existing research, books, articles, audio and video presentations wherever possible to complement and supplement new content generated by the project.

The output of the project will be generated in multiple forms suitable for addressing a wide range of different audiences: 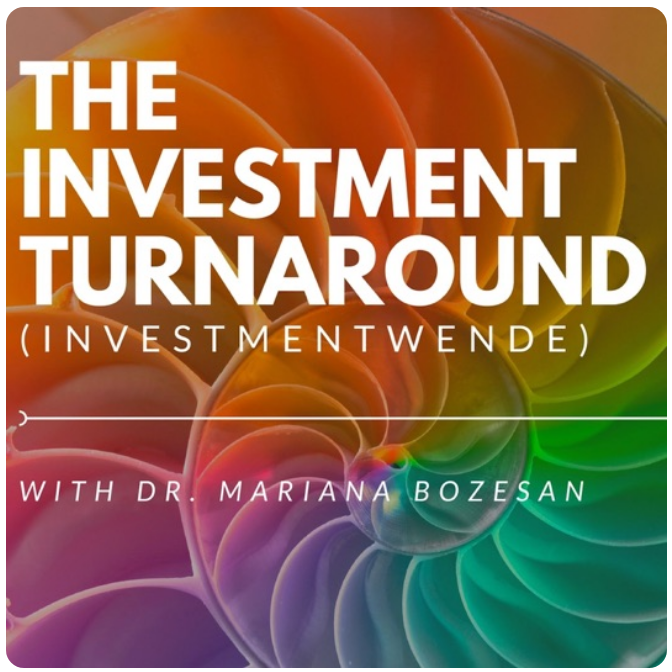 In this podcast series, Dr. Mariana Bozesan interviews world renowned investors, scientists and other personalities who share their solutions toward the sustainable transformation of our financial systems.

In 2015, world leaders signed up in NY for a future road map with 17 Sustainable Developments Goals (SDGs) to improve Humanity, the Planet, Wealth, Peace and Partnerships. Most of these SDGs focus on common goods such as clean air, universal access to health care, education and maintaining biodiversity. These goods are not exclusive and should be accessible to and enjoyed by everyone. Each of these goals have enough scientific evidence, technological know-how and political consensus to be achieved, and are valid for the entire planet. But these goals are expensive to achieve and require approximately 5 trillion USD/year over the next 15-20 years to finance. Our global Gross Domestic Product (GDP), which includes all goods and services, is approximately 80 trillion USD/year.

The conventional way to finance social and ecological projects globally has been by redistributing the money remaining at the end of this pipeline. Historically, the world community has spent 0.7% of global GDP—roughly 500 billion USD/year—to finance common goods. Other than the Scandinavian countries, the vast majority of the world has never attained this 0.7%. But even if all countries attained the 0.7%, this sum is realistically not enough to finance our future. Approximately 8-10 times more funding—equivalent to 5 out of the 80 trillion USD global GDP—is required to meet the social and environmental challenges we face. Withdrawing 5 trillion from the economic process, even in a gradual manner, would lead to a global recession. In fact, it is impossible to finance our future solely through monetary re-distribution. In addition, the stability of the financial system itself is an impediment to sustainable financing.

Money is not a Natural Law but a Social Convention

Money is neither a thing nor a natural law. It does not arise naturally in any given society, but is the result of a human invention, backed up by a narrative shared by billions of anonymous humans interacting with each other round the clock in order to improve the welfare of each individual and society as a whole. The more stable, reliable, and trustworthy this social invention is, the more powerful it will become to achieve the purpose each society has set for itself. It is reciprocal trust and mutual tolerance that have the ability to catalyze greater human potential. The opposite is true, too. The weaker, more unstable, more speculative, unreliable and unfair a system is, the less capacity it has to exert its full positive influence on society and its members.

Similarly to any social organization and invention such as language, the internet, or the legal system, the monetary system can be used for good or bad. The ultimate purpose of a monetary system should be that of promoting, facilitating and supporting human welfare, security and wellbeing. In this sense the financial system acts like a catalyst, enabling multiple interactions and infinite transactions between humans beyond space and time without becoming altered in the process. However, the more complex and interactive a society becomes, the more carefully the design of this invention needs to be scrutinized. 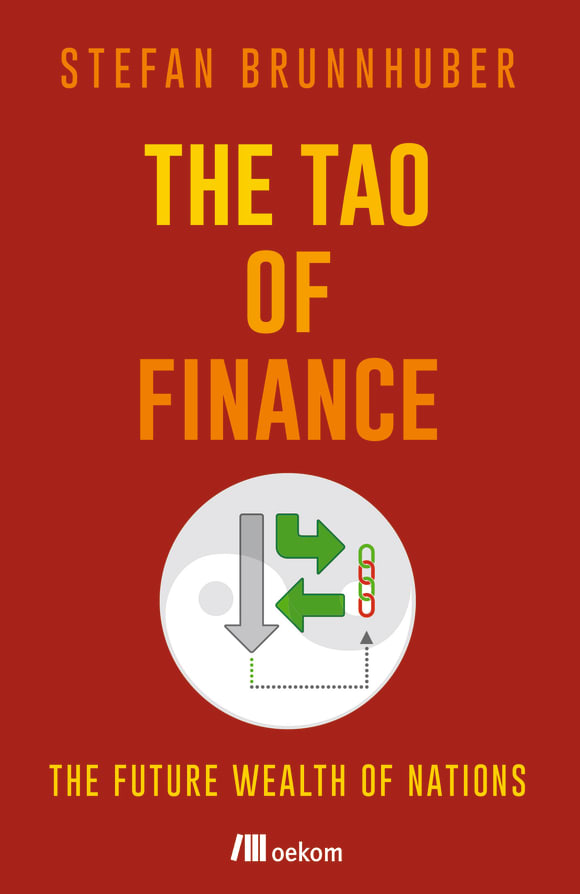 Over the last 40 years, the financial system has become more unstable, with over 425 banking, monetary, or currency crises; and with every consecutive event, higher debt load and greater expenses amounting to more than 10% of the GDP. Because of this, the world community spends much effort repairing, stabilizing, and refunding the onetary domain to maintain the status quo. This limitation in our financial system thwarts any improvements in the technological and political field to make the world a better place. Is there a different way to finance our future?

Using systems thinking, we propose an outside-the-box solution to generate the funds needed to finance global common goods: (a) Central banks would be given an extended monetary mandate to create and issue the 5 trillion US Dollar-equivalent liquidity using block chain technologies. Alternatively, (b) properly regulated corporate initiatives (cryptocurrencies) or complementary communal currencies would receive a mandate to issue additional liquidity. These funds would be earmarked and used exclusively to finance SDG-related projects. This electronic liquidity would run through monetary channels other than the ones in the conventional system. We would then have a supplementary currency operating in parallel to the conventional monetary system generating the 5 trillion USD-equivalent annually needed for the next 20 years.

If there is a single most important variable beyond technology, governance, behavioral changes and demography to change the world, it is a parallel monetary system. This is the “game changer”. All this can be started in less than 6 months, if the largest Central Banks agree to create a parallel, optional complementary currency and all this could be implemented on a country level in 12-16 months with measurable outcomes. We are aware that a redesign of the financial system does not solve all our problems, but all our problems can more easily be addressed by it. This, or a very similar mechanism, is the missing link to achieving greater Humanity, Wealth, Peace, a greener Planet and better global Partnerships.

Dr. Stefan Brunnhuber, who heads the Project, has written a book recently on the theme. Please visit https://www.oekom.de/buch/the-tao-of-finance-14151 for more information.